Omaha North High Magnet School had a vision to expand their STEM programs.  The Engineering and Science Wing Addition is the result of those efforts.   The addition was designed with the intent to follow LEED principals, have energy efficient systems, all with an open floor plan that maintain individual classrooms.  Ray Martin Company installed the HVAC and plumbing in this new addition.

A problem arose with positioning the air cooled condensing unit.  There were several options considering locations, equipment selections and proper installation practices.  We analyzed these options and helped the team come to a solution.

The plumbing fixtures were selected with conservation at the forefront.   Low flow faucets and dual flush toilets were installed to conserve water.

The addition has a partial green roof with rainwater storage co-located.  The buidling also hosts a two story greenhouse and a green space on the ground level.  100% of the irrigation for the landscaping is from rainwater harvesting. 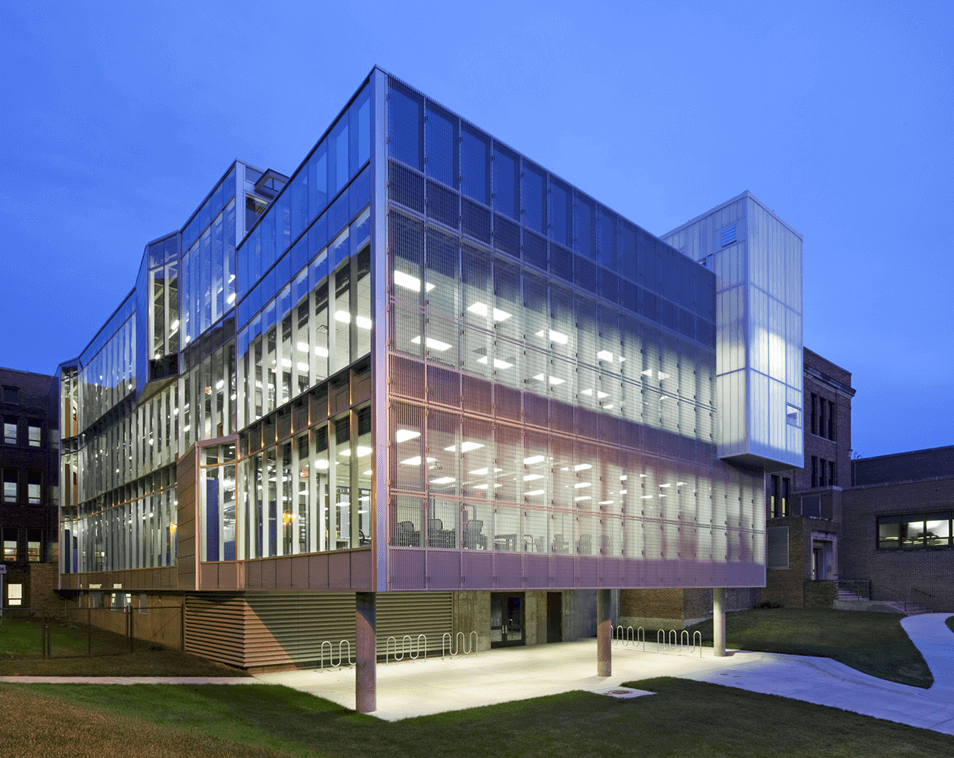 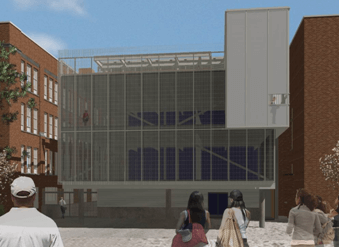 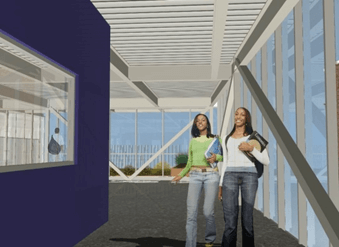 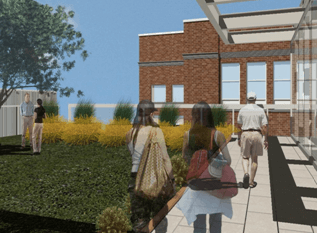 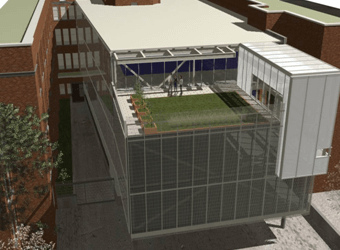 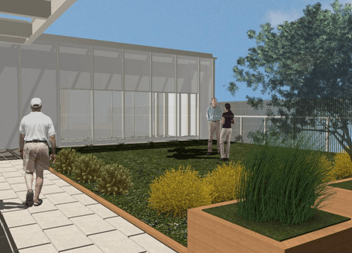 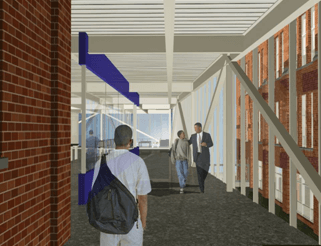 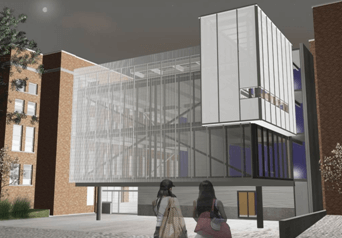